The Yoga of Pool: Secrets to becoming a Champion in Billiards and in Life (Paperback) 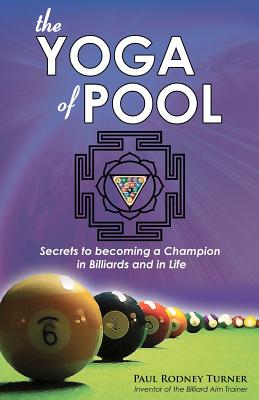 THE YOGA OF POOL - Secrets to becoming a Champion in Billiards and in Life. The book provides the fundamental ingredients of what makes a great billiards player. The chapters are concise and digestible and not filled with unnecessary fluff. The idea behind the book was to give you an easy-to-understand roadmap to success, in the form of short essays describing key elements of the game. As the subtitle suggests, this book is much more than the secrets for success in billiards; it is, in a way, a kind of "Covey-like" directive for the billiards enthusiast on what makes one successful in life. One glaring omission from many books on billiards is a lack of information on the mental and spiritual side of the game, including proven techniques for visualization, mind management, and confidence building exercises. You'll find them in this book, and rightly so, because to ignore the mind and spirit is akin to ignoring the driver of the vehicle. Every world-class motor racing team knows that a good driver is the difference between success and failure. You may just come away from reading this book feeling a renewed sense of self-worth and optimism. I hope so. I promise you this: if you apply the following ingredients of success to your game, and in your life, you will experience monumental improvements in every aspect.

Australian born Paul Rodney Turner (a.k.a. BATman) invented the Billiard Aim Trainer(TM) (BAT) in 2004 while contemplating a method to teach his billiard students how to understand and apply the three-cut aiming system he learned as a boy while practicing snooker. Paul started playing pool in 1973 at the age of 10, on a 7-foot particleboard pool table in his family's garage. Fascinated by the art and geometry of billiards, Paul studied the books of legendary snooker and billiard greats Joe Davis, Walter Lindrum, and Eddie Charlton. Soon afterwards, he became a fan of a new BBC series called Pot Black, featuring the new breed of snooker professionals like Steve Davis and Jimmy White. With a sense of optimism, Paul began practicing on 12-foot snooker tables for four hours a day, meticulously going through drill after drill to perfect his game, in the hope of one day becoming a professional snooker player. Then in 1983, as if called to a higher purpose, Paul put away his snooker cue and traveled east to study the ancient mystical teachings of India. It is that experience that Paul now draws on when explaining the more subtle aspects of billiards, like mind management and gamesmanship. In 1995, Paul founded Food for Life Global (www.FFL.org), the world's largest vegan food relief organization, with projects in over fifty countries. He still directs the charity from his home in New York. Paul did not pick up a cue again until 2002, when friends encouraged him to try out nine ball. Drawing from his past snooker experience and his extensive study of the art, Paul quickly established a reputation among his peers, and soon many of them began asking for personal training. In 2006, Paul founded the Billiards Training Company to manufacture and sell his invention, the Billiard Aim Trainer(TM), which is now being used by professional pool players, coaches, and thousands of amateur players all over the world. Paul continues his study of the art and science of billiards, and has since been personally trained by world champions Allison Fisher and Gerda Hofstatter, as well as by top touring pro, Max Eberle, and Master BCA instructor, Jerry Briesath.