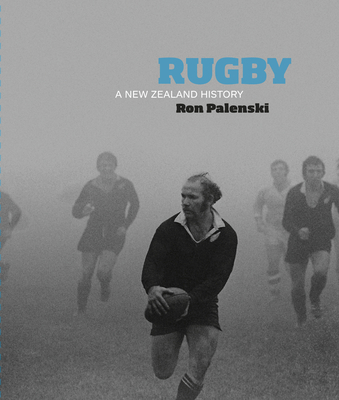 By Ron Palenski
Email or call for price
Special Order

Rugby is New Zealand’s national sport. From the grand tour by the 1888 Natives to the upcoming 2015 World Cup, from games in the North African desert in the Second World War to matches behind barbed wire during the 1981 Springbok tour, from grassroots club rugby to heaving crowds outside Eden Park, Lancaster Park, Athletic Park or Carisbrook, New Zealanders have made rugby their game. In this book, historian and former journalist Ron Palenski tells the full story of rugby in New Zealand for the first time. It is a story of how the game travelled from England and settled in the colony, how Maori and later Pacific players made rugby their own, how battles over amateurism and apartheid threatened the sport, how national teams, provinces and local clubs shaped it. The story of rugby is New Zealand’s story. Rooted in extensive research in public and private archives and newspapers, and highly illustrated with many rare photographs and ephemera, this book is the defining history of rugby in a land that has made the game its own.

Dunedin-based Ron Palenski ONZM is a noted and prolific author, journalist and historian. Palenski has a PhD from the University of Otago and his acclaimed thesis ‘The Making of New Zealanders – The Evolution of National Identity in the Nineteenth Century’ forms the basis of his book The Making of New Zealanders. Palenski has collaborated on biographies of significant All Blacks, from Brian Lochore through to Dan Carter, and his many other books include How We Saw the War; On This Day in New Zealand; Kiwi Battlefield; The Games; Our National Game: The Centennial History of the NZRFU; Key Moments in 20th Century: Sport; Profiles of Fame; The Jersey; Century In Black and Kiwi Milestones. He has won numerous awards for his sports writing and academic awards for history writing in 2005 and 2006.

“This book gets to the heart of New Zealand rugby. Ron Palenski shows that he understands what makes the game tick at all levels. It’s frank, to the point, the real story.” —Sir Colin Meads

“For anyone who is interested in looking beyond the names, the dates, the half-truths and the mythologies and entering the realm of rugby’s place in our history, this is a must-read.” —Chris Laidlaw

“From my point of view, and I guess a lot of other older rugby people who know a bit about the game, Ron Palenski has captured our history. It’s a valuable document, full of stories, and a good read too.” —Sir Brian Lochore