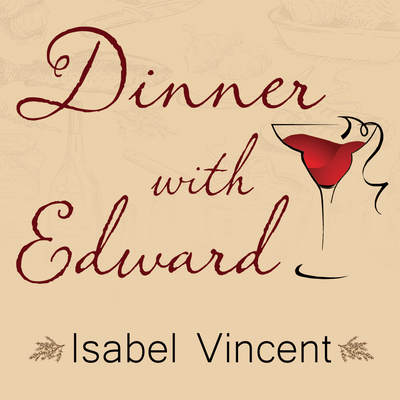 By Isabel Vincent
Email or call for price
Special Order

If Tuesdays with Morrie were written by a young woman going through a difficult divorce instead of Mitch Albom, and Morrie were a ninety-three-year-old recent widower who dispensed wisdom over his sublime roast chicken and apricot soufflé, you'd have Dinner with Edward. When journalist Isabel Vincent befriends Edward, both are at a crossroads: he wants to follow his late wife to the grave, and she is ready to give up on love. Isabel's friend, Edward's daughter, lives far away and has asked Isabel to check in on her dad in New York. At first, Isabel is just doing her duty. But soon this charming, elegant, cultured man has become her dear friend. She gives him a reason to go on without his beloved wife of 72 years, and he gives her a renewed faith that happiness is possible. Each chapter in this true-life tale takes place at dinner at Edward's apartment, and like Edward's meals, the whole adds up to so much more than the ingredients.

Isabel Vincent is an investigative reporter for the New York Post. Previously, she was a foreign correspondent based in Rio de Janeiro and before that she covered the conflicts that led to the war in Kosovo. Her work has appeared in magazines and newspapers all over the world, including the New Yorker, the New York Times Magazine, L’Officiel, and Time. She is the author of four books: Gilded Lily: Lily Safra: The Making of One of the World’s Wealthiest Widows; Bodies and Souls: The Tragic Plight of Three Jewish Women Forced into Prostitution in the Americas; Hitler’s Silent Partners: Swiss Banks, Nazi Gold and the Pursuit of Justice; and See No Evil: The Strange Case of Christine Lamont and David Spencer. The recipient of numerous journalism honors, including the Canadian Association of Journalist’s Award for Excellence in Investigative Journalism, she has been a journalism fellow at Massey College, University of Toronto. Vincent won the National Jewish Book Award in Canada for Bodies and Souls and the Yad Vashem Award for Holocaust History for Hitler’s Silent Partners. She grew up in Toronto and speaks French, Spanish, and Portuguese. Today, she lives in New York.