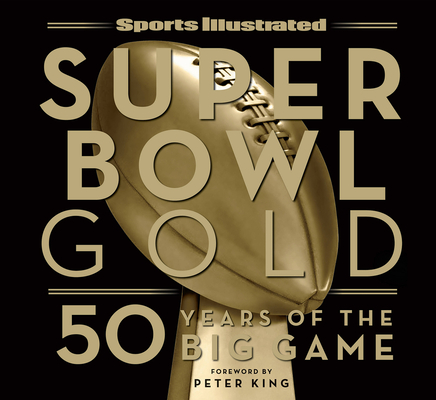 For the past 49 years Sports Illustrated magazine has been putting fans on the sidelines of the greatest, flashiest spectacle in sports - The Super Bowl. Now, as the game approaches its 50th anniversary, and what promises to be its biggest and most-marketed ever, Sports Illustrated celebrates the grandeur and spirit of the Big Game in a way only they can - in a deluxe edition featuring the magazine's iconic photography, summaries from each game, never-before-told anecdotes from players and coaches, and classic stories from the magazine's legendary writers: Super Bowl Gold.

Along with overviews of each championship, this deluxe gift book includes a ranking of every Super Bowl from worst to best, based on SI's unique insight, weighing the quality of the game, context surrounding the matchup, closeness of the score, upset factor, stirring performances, and overall excitement. Also included will be year-by-year game summaries, commentary from players on every winning and losing team, reviews of every halftime show, with special attention paid to what we all really love the most - the commercials, and pictures of every ticket stub and champion ring. This will be the ultimate examination of the ultimate sports event.

Bringing every Super Bowl back to life by diving into the legendary SI archives, Super Bowl Gold is essential for every football fan, no matter what team.