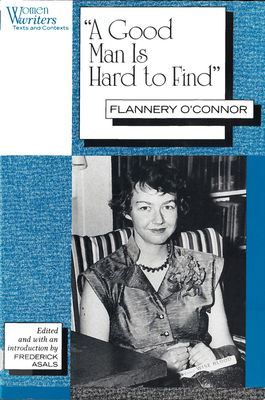 "A Good Man Is Hard to Find" is Flannery O'Connor's most famous and most discussed story. O'Connor herself singled it out by making it the title piece of her first collection and the story she most often chose for readings or talks to students. It is an unforgettable tale, both riveting and comic, of the confrontation of a family with violence and sudden death. More than anything else O'Connor ever wrote, this story mixes the comedy, violence, and religious concerns that characterize her fiction.

This casebook for the story includes an introduction by the editor, a chronology of the author's life, the authoritative text of the story itself, comments and letters by O'Connor about the story, critical essays, and a bibliography. The critical essays span more than twenty years of commentary and suggest several approaches to the story--formalistic, thematic, deconstructionist-- all within the grasp of the undergraduate, while the introduction also points interested students toward still other resources. Useful for both beginning and advanced students, this casebook provides an in-depth introduction to one of America's most gifted modern writers.

Frederick Asals teaches at New College, the University of Toronto. He is the author of Flannery O'Connor: The Imagination of Extremity and of articles on O'Connor and other American writers.