The Little Book of Snooker (Hardcover) 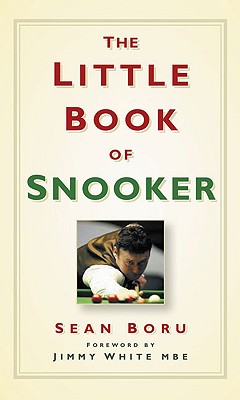 Through informative snippets and bite-size facts, as well as quotes and anecdotes from players, pundits, and fans alike, one of the world's most popular sports is revealed here in all its pocket-rattling glory Who has the highest break? When were red balls first introduced? What do Marie Antoinette and Mary Queen of Scots have in common (aside from being unable to keep their heads)? From the lawn games of the 17th-century elite to glittering waistcoats and lush green baize at the Crucible, this is wonderful collection of stories about the most hilarious and often embarrassing scenes that have taken place in the green rooms, hotel rooms, and at parties attended by the biggest legends in snooker. These stories, many never before published, have been told by the stars themselves. The book also lists the profiles of the contributing players and their career achievements and includes the winners and the runners-up of the most important tournaments in the snooker year, as well as a host of fascinating facts, stats, quotes, and trivia relating to the green baize.

Sean Boru is the author of A History of London and Londoners and No Sense of Tumour. Jimmy White MBE is a professional snooker player and a multiple World Championship finalist.