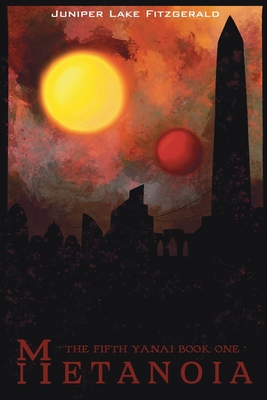 The Fifth Yanai is a story of the value of free will, the triumph of love, and the fight to live life on one's own terms. Metanoia is the first installment.

In a world ravaged by famine, kindhearted Cultist Ohkai lives in the wilderness serving his Gods, when he is sent from his Sect on a Calling of divine origin. He travels into the heart of a society that opposes the very existence of his kind. But what he expected to be a simple test of his devotion will bring him face to face with his greatest rival - a Temple assassin. When the life of a friend is in danger, Ohkai must risk not only discovery, but his life, to save his friend and fulfill his Calling.

Velyr is a ruthless Temple assassin trained for one thing - to fulfill the will of the Gods. Sent to eliminate a target in the township of Obeaon, he encounters an unexpected obstacle in the form of a Cultist who claims to serve his same Gods - blasphemy on the lips of his enemy. When he nearly loses his life only to be saved by the embodiment of what he hates most, Velyr begins to question everything he's been taught to believe.

An unlikely connection forms between cultist and assassin, and little do they know their meeting was fated, meant to be something more than they - or even their all-knowing Gods - could have ever foreseen.